The Interfaith Center of New York, The New Sanctuary Coalition, Union Theological Seminary, The Micah Faith Table, NYS Council of Churches and our faith partners statewide are calling on all communities of faith and moral conscience to join us on Tuesday, April 2nd, in Albany NY to support the introduction of the Separation of Children Accountability Response Act.

As countless separated families continue to await answers and reunification, the Separation of Children Accountability Response Act will be introduced in the State Assembly by Assembly member Harvey Epstein and in the Senate by Senator Brian Benjamin. This bill will require greater transparency from New York state foster care organizations that hold separated and unaccompanied children and receive Federal funding from the Office of Refugee Resettlement/HHS for this work.

The SCAR Act asks that basic information about separated and unaccompanied children in care of these agencies be reported to the state, as well as to the federal government. Given the current administration's secrecy and deceit on its family separation policy and its abuse of federal non-disclosure agreements with contractors in order to hide its inhumane policies, the SCAR Act seeks transparency through state accountability. Finally, the SCAR Act is envisioned as a replicable model for other states around the country that seek to be a check on the cruel and xenophobic immigration policies of the Trump administration.

For more information on the April 2nd press conference and action, or to join transportation between New York City and Albany, please RSVP below. 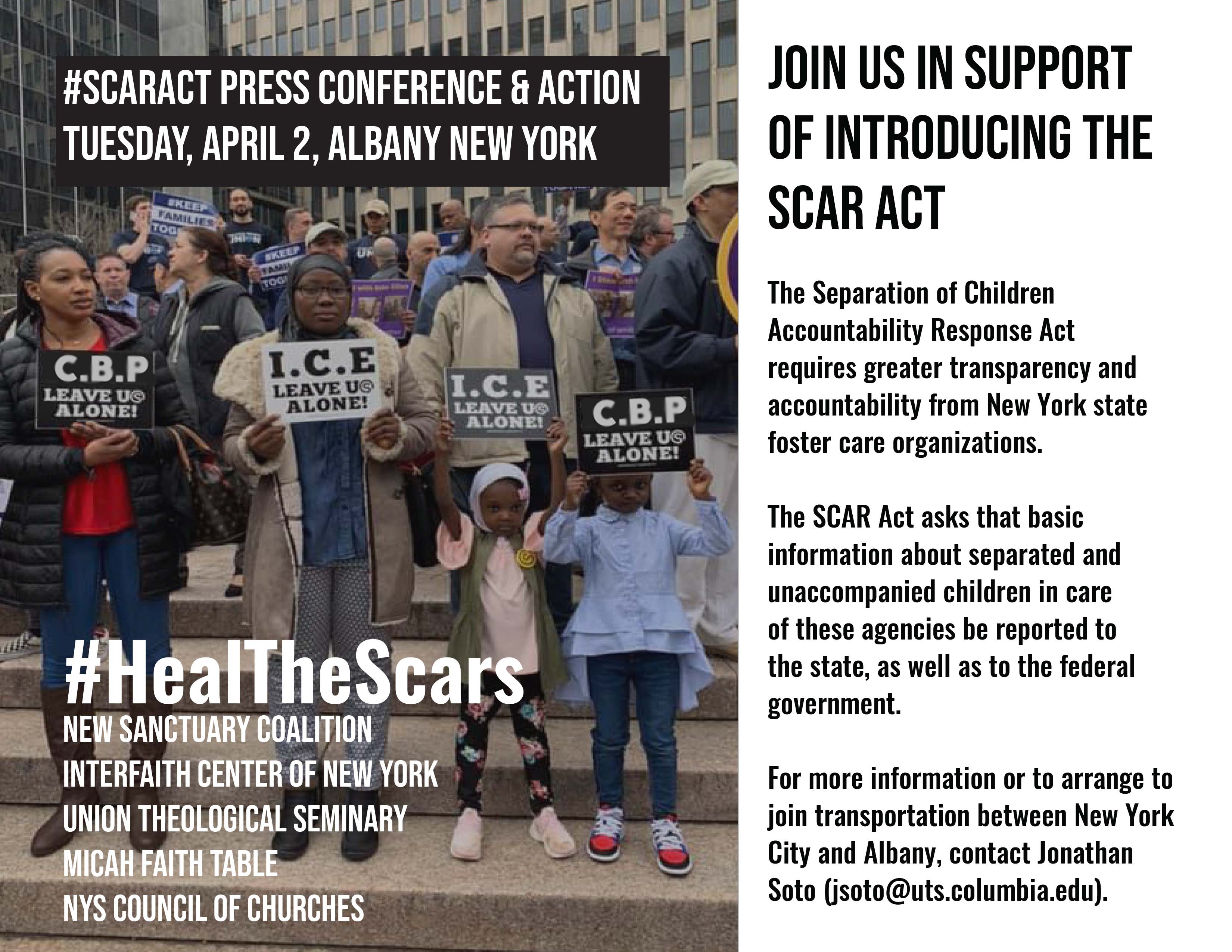